No, that’s not the name of the Nigerian President. It’s the obvious pathway back to international cricket for Jonathon Trott. The man needs some facial hair, and to learn a lesson from his destroyer in the first test Mitch ‘The Mo’ Johnson. In moustaccium sanitas.

Both Johnson and Warner have been through recent stress related absences in the game themselves, but they have bounced back by embracing their inner-bogan, and unleashing the giant within – using the moustache as an outward expression of their newfound strength. 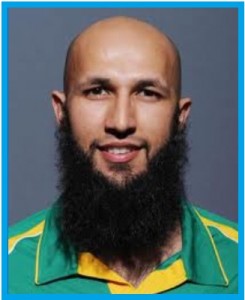 Grow A Beard, Jonathon. For the love of God, Queen, and England, grow a big fuck-off beard – Ned Kelly style in its proportions – and come back with a roar. Don’t be bothered if people mistake you for Hashim Amla (who isn’t ranked 2nd in the world for nothing). Grow a Beard, Son, and watch the runs accumulate.

In all the hysterics about Trott leaving the tour – and the mad dash for the English press to pre-empt a series loss for the Poms and establish Australia’s credentials as poor winners – one of the things not commented on after the first test was how well Stuart Broad coped with the sledging heaped upon him by the whole of Queensland, led by Allan Border (looking much weaker post retirement – say it softly – after having had a shave). Little Lord Fauntleroy was one of the few who stood up to be counted.

The Aussies are going after him because he is adopting a hard approach, and playing tough test match cricket. I personally don’t blame Broad for not walking after he smashed the ball to first slip during the Trent Bridge Test. Broad later admitted that he obviously hit it, but claimed that an Aussie wouldn’t have walked either.

He’s right. Bradman once belted one to second slip himself in the 1946-47 Ashes series, and refused to walk – considering it a bump ball; the umpires agreed. He was on 28, and went on to make 187. Wally Hammond called it a ‘fine fucking way to start a series.’ But Bradman was heard laughing about the circumstances on the third day of match, when rain interrupted play. As he said himself:

“The first time I played against England, in 1928, they scored 521, caught us on a wet wicket and got us out for about 120. With a lead of over 400, they batted a second time and left us over 700 to make in the last innings. Then they invented Bodyline for my special benefit. The last time I played against them, in 1938, England made over 900 before Hammond declared and I broke my ankle bowling and couldn’t bat. Just this once, we have them in trouble. Do you really blame me for being so happy?”

The Don wasn’t playing for fun, and neither is Broad. Bring on Adelaide.